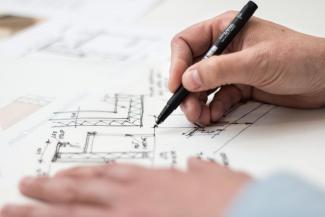 What To Expect In The Coming Decade -  Part II - Employment

Last month we began a short series on trends to watch for in the 2020’s.  In the previous blog, we discussed how real estate might change in the coming years – especially in parts of the country that attract a large number of retirees.

In this issue, I want to talk about employment.  There is a trend that has been under the radar for over a decade and we need to see how it will impact us economically in the coming decades.

As you likely know, there are very few unemployed people in this country these days.  According to government figures (which, as we’ve discussed before, might be debatable), employment hasn’t been this good in 50 years.

One shocking statistic that I continue to scratch my head about is this:  18% of males age 25-54 do not have full-time work. (Source: DOL)

Let that sink in for a second.  Eighteen percent!  Of men aged 25-54!  What has historically been the backbone of our economy!

How in the world do we have an unemployment rate below 4% rate if 18% of our working men are not working full time????  (Now you see why I have so little faith in the published Unemployment numbers from the Department of Labor.)

This number isn’t nearly as bad as it was a decade ago when it topped a full quarter of all 25-54-year-olds.  But it seems pretty bad to me.

How did we get here?  I’m really not sure.  I know plenty of folks between 25 and 54.  According to the statistics, one in 6 of them shouldn’t have a steady job.  All of the men I know are working full-time.

And there are plenty of job openings out there.  If you want work, now is the time to work.  So, what could be causing this?

There are multiple causes to this problem, which is why it’s rarely discussed by anyone in both in Washington and Wall Street.

First is a fundamental change employment.  When I graduated college almost 30 years ago, it was just assumed that I would get a great job because I graduated college.  That just isn’t the case today.  And unfortunately, more students are entering college today and fewer jobs are placing a massive value on that education.

More and more students are having a harder and harder time transitioning into the work force because that valuable “sheepskin” is so ubiquitous.  What’s worse:  These students are saddled with tens of thousands in education debt to get a piece of paper that isn’t opening the doors it did 30 years prior.  (Which leads to another interesting trend to watch:  Pricing of college education in the coming decade.  But that’s for another blog.)

On top of this, more workers are working longer and delaying retirement.  This is a natural reaction to the financial crisis a decade ago.

Workers who were in their 40’s and 50’s in 2008 are a little bit frightened to retire today.  They worry about the next potential financial collapse as well as realize that they will live longer than their parents.  This means stockpiling a bigger nest egg and that means working longer.  The jobs that would normally free up and provide employment and promotion to younger workers just aren’t being freed up as fast.

We also have a shifting demographics in this country.  While the overall unemployment rate is excellent, there are pockets filled with young, able-bodied men who have the unfortunate luck of living in a suddenly-economically-stagnated area.  We all think about places like Detroit, Akron and Pittsburg.

Sure, some people get out.  But many are left behind.  Multiple generations of families assumed that a company or industry would always be there.  And then suddenly it isn’t.   It is such a shock that some folks just can’t even process how to get out and get to where the jobs are.

Continued globalization and the exportation of some industries means this problem isn’t going away.  Part of our focus as a nation needs to be reinventing these defunct industrial areas.

Finally, we have a very different country than we did 10, 30 and 50 years ago.  Affluence is at an all-time high in this country.  I don’t just mean the Jeff Bezos’s and Warren Buffet’s.  I mean everyday folks like you and me.

There is a running “joke” in our society about the adult child living in their parents’ basement playing video games.  And this is very much true in some cases.  These able-bodied 25-54-year-olds aren’t working because the cushion protecting them from a fall is just too fluffy.

When I was 23, I was married, had my own apartment and was saving for a house.  My folks couldn’t spend money to take care of me even if they wanted to.

Today?  Parents have more disposable money.  And there is a strange. . . almost guilt-like emotion attached to that money.

Think of it this way:  Parents of 20-something’s have resources their parents didn’t have.  They know that their parents loved them and would have helped if they had any excess resources.  Ergo, they (rightfully) want to help their adult children.  It would be selfish not to!

But parenting is hard.  Sometimes it’s hard to see that line between help and enabling.  As a result, you end up with many adult children being enabled instead of helped.  They end up in their parents’ basement playing video games instead of on the street hustling.

Should We Be Concerned?
In the short run, this is definitely a problem we should be concerned with.  We’ve got a large percentage of younger workers with little to no skills.  This could lead to continued labor shortages in many fields as well as continued unemployment or low-employment for this group for several years.

While the political machines ramp up for the big race in November, you don’t hear any candidates talking about this issue.  (It isn’t about throwing money at a problem, either.)  As I said earlier – this is a significant problem that no one is talking about.  We need to start.

In the mid-term, this problem will sort itself out economically.  Parts of the problem will self-correct.  We’re already seeing a trend towards encouraging young people to consider the trades over college.  That means that the next generation of young people have more opportunities for economic success.

Longer term, 30-40 years from now, we could see problems crop up again.  A 30-year-old that hasn’t been working for five years has five less years of Social Security and 401(k) contributions.  That will affect their potential retirement in the 2050’s.  While I’m not terribly worried about the 2050’s (I’ll be in my 80’s), there could be problems with retirees running out of money as we enter the second half of this century.

Ultimately, it’s important for us to watch employment as a barometer on our current economy.  But it is also important to watch the longer-term trends to figure out where the economy might be headed in the future