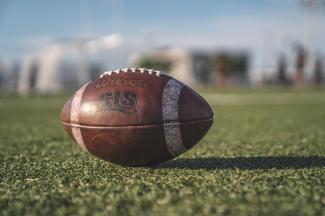 Is It Time To Retire Your Monday Morning Quarterback?

Let me take you back to a moment you likely won’t ever forget.  Super Bowl 49.  Your New England Patriots versus the Seattle Seahawks.  Bill Belichick versus Pete Carroll.  Patriots are leading by four points with 26 seconds left in the game.   Seattle has the ball and it's second-and-goal at the Patriots’ 1 yard line.

The ball is hiked to quarterback Russell Wilson.  He drops back and makes a great pass to receiver Ricardo Lockette.  At the last possible second, Patriot Malcolm Butler jumps in front of the pass and intercepts the ball, locking down another Super Bowl win for the Patriots.

Marshawn Lynch seemed to have time to run the ball in and was frighteningly effective against the Patriots that day.  In fact, he ran the ball 4 yards on first-and-goal the previous play.  One play cost Seattle the Super Bowl.

But what if Butler didn't make the interception?  What if Lockette had caught the pass and stepped into the end zone?  How much of a goat (instead of GOAT) would Carroll have been?

It's easy to Monday-Morning-Quarterback a game.  The truth is that Carroll made a good call. The odds were well in his favor and a dropped pass would stop the clock.  A stopped run might lead to other troubles - like a rushed third down.  Seattle had to score a touchdown to win the game.  And the Patriots were expecting a big run.

It was the right call at the time and it was broken up by an amazing once-in-a-lifetime play from a rookie who was injured much of the season.  And today we all know that the call was wrong and that it was a huge mistake - even though it really wasn’t.

It's easy to convince yourself that you were right all along.  And that Monday-Morning-Quarterback feeling isn’t just about football but just about everything in our lives.

In behavioral economics, the term is called Hindsight Bias.  It was most famously illustrated in a study of Richard Nixon's visit to China in 1972.  Prior to his trip, researchers interviewed subjects on their opinion of the outcome of the visit - giving them several options.

Several months after the successful visit, the researchers re-interviewed these same participants and asked a slightly different question:  "What was your prediction before the Nixon visit?"

Not so shockingly, a significant number of subjects were convinced they had picked the correct outcome (a successful trip that led to peace and the opening China’s borders) beforehand.

How could these people misremember what option they chose?  It wasn’t as if they were writing a short paragraph on the subject.  They just needed to pick one of several options and then remember that option several months later.

Much of the reason comes from how our brain processes different options. Life is not a series of mathematical multiple-choice test questions.  “Hmmm, is it 15, 30 or 2.2?”  There is only one right answer.

But with predictions, especially predictions of human behavior, there is a continuum of choices.  Our brains provide a snapshot of percentages and we pick the best percentage.

Think about how you think about any number of choices.  Like which dessert to have at a restaurant.  “Hmmm, I love chocolate cake, but I rarely get an opportunity for creme brulee.  And it’s cherry season - so maybe cherry pie.”

You don’t hate chocolate cake or creme brulee.  One option wasn’t the only right choice - it was the right choice at that moment.

Many times after the outcome is decided, we “remember” that we picked the right option because it had some potential on our continuum.

What makes matters worse is we have a tendency to forget even our most blatant mistakes.  You’ve heard the phrase “a legend in his own mind.”  That isn't far from the truth for all of us.  Our brain has a need for us to be the hero of the story.

Why do I mention this today?  Because we are in the midst of a strange global phenomenon.  It's easy to let hindsight bias cloud our perspective of this crisis after the fact.  Which can lead to terrible decisions in the future.

How many times have you heard (or thought) these phrases?

We don't know.  We just don't know. Sure, we’ve all thought these things, but we were pretty far from knowing.  It was just part of our continuum.  But our actions were led by the option we thought had the greatest probability.

The healthiest response would be “I thought that might happen. . . “  But we don’t say that, do we?  “I knew it!”  That’s what we say!  Because the guy that knew it is the smart one.  And we all want to be the smart one.

Believing we "knew" after the fact causes us to make worse decisions tomorrow.  We are more confident in our random wins and more confident that we picked the right choice yesterday.

Think about it:  If you only remember your wins, how smart do you think you are today?  A professional coach may have an ego the size of the Empire State Building, but his true worth is only as good as his published W-L record.

Without a scorecard, our view of our ability to make decisions is more skewed.   The more you believe in your own genius, the more dangerous you can get.  Bets become more risky.  Your financial future is jeopardized.

How can we stop it?  The same way the researchers of the Nixon visit did in 1972 - they wrote it down.

If we write our opinion down, we can reference back and know the score - were we right or were we wrong?  Are we some sort of economic (or political) savant or are we just randomly guessing?

Where does this lead?  It leads to better decisions in the future.

Think about it.  If you reviewed your notes and realized that you aren’t very good at picking stocks, maybe you decide to invest in a broad-based mutual fund.  If it turns out that you’re terrible at calling the economic moves, maybe you stop buying and selling and use an Asset Allocation strategy instead.  If your creative accounting leads to multiple audits, maybe it's time to hire a CPA.

The only way we can be sure we are the geniuses that we believe we are is to document it.  To post up, only for our eyes to see, our true W-L record.  The great news is there is no national trophy.  No Hall of Fame.  What there is is an opportunity to make better financial decisions in the future.